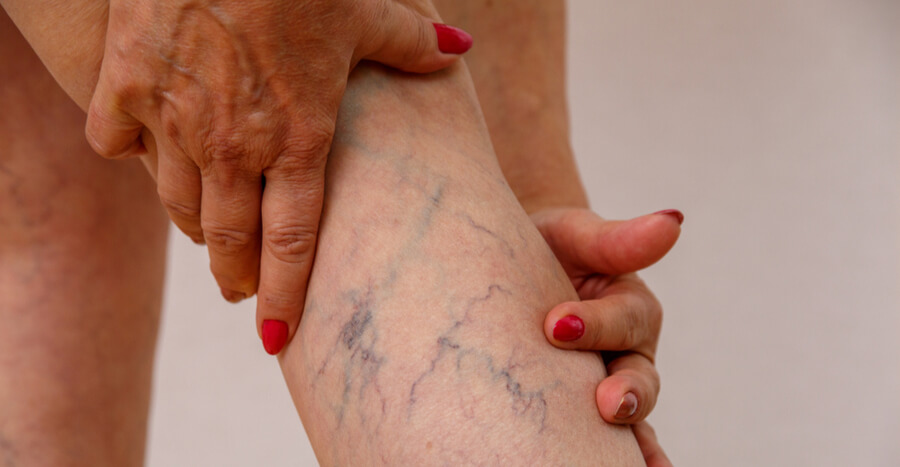 While most of us have heard of deep vein thrombosis (DVT), you may not have heard of a similar condition called superficial vein thrombosis (SVT). As their names suggest, DVT occurs in deep veins, while SVT forms closer to the skin. While generally less serious than its deeper counterpart, SVT is nonetheless something you shouldn’t ignore.

What is superficial vein thrombosis?

Superficial vein thrombosis (SVT) is a condition where a vein just under the skin forms a blood clot.  It is also sometimes referred to as phlebitis or superficial thrombophlebitis. The vein and surrounding area become painful, red and swollen. The inflammation may spread along the vein up and down the leg. Without treatment, the clot can extend to involve much larger and deeper veins in the limb and these clots can spread to the lungs. Superficial vein thrombosis (SVT) is therefore a potentially serious problem which needs careful assessment and treatment.

Superficial vein thrombosis is often mistakenly considered to be an unimportant, minor, self-limiting condition and is frequently not properly treated. Despite good evidence and guidelines, there is a great disparity of practice among doctors regarding diagnostic scanning, blood tests, compression stockings, painkillers, anti-inflammatories, antibiotics and anticoagulants.

The reason that SVT should be taken seriously is that a significant proportion of patients go on to develop more serious forms of blood clot, such as deep vein thrombosis or pulmonary emboli (clots in the lung). The risk of such an event remains five times higher than normal for more than five years after the event.

It is essential to perform a duplex (Doppler-ultrasound) scan to diagnose SVT. This is because over a quarter of patients turn out to have an associated deep vein thrombosis (DVT) which cannot be detected by clinical examination alone. Furthermore, some 17% of these DVTs are in the OPPOSITE leg, so it is vital to check both sides.

Clots affecting the lungs are less common, but they still occur in 2-7% of patients.

Superficial vein thrombosis most frequently arises in pre-existing varicose veins, but any vein can be affected. There is a well-recognised link with cancer, in that patients with active cancer often develop SVT. It is, however, rare for SVT to be the first presenting symptom of a new, undiagnosed cancer. Nonetheless, the underlying cause of the problem must always be sought and established.

Some patients turn out to have a form of thrombophilia (stickiness of the blood), but it is not always necessary to test for these conditions and management decisions can usually be made without extensive thrombophilia screening.

In the past, surgical operations were sometimes performed to disconnect the affected vein from the larger veins in the limb. This is no longer considered necessary as the drug treatments available are very effective.

There is excellent evidence to show that treatment with anticoagulant medication significantly reduces the risk of superficial vein thrombosis progressing to a more serious blood clot such as a deep vein thrombosis or pulmonary embolus. For such treatment to be effective it must be prescribed for at least six weeks. Shorter duration treatments are ineffective. It is no longer necessary to administer such blood thinners by injections as the newer anticoagulants (called direct oral anticoagulants or DOACs) are easier to use.

The disadvantage of using anticoagulation for patients with superficial vein thrombosis is that while such treatment certainly prevents more serious clots, most patients are very low risk and may not need such extended therapy. For this reason, it is advisable to assess the risk of progression for every patient and try to target the treatment towards those who are likely to benefit and minimise side-effects for low-risk patients who may be safely managed by careful observation and regular scans but without blood thinners.

Overall, most patients have an excellent outcome, as long as the correct assessment, treatment, and monitoring are provided. Those patients whose problem affected a long-standing varicose vein should have the culprit vein treated at the earliest opportunity once the acute problem has settled.

If you are experiencing symptoms of SVT and would like to enquire about having treatment, make an appointment with Mr Ian Franklin. 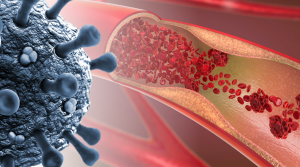 COVID-19 has a strong tendency to cause blood clots. The consequences of a clot depend on where it occurs, for example, clots in the heart 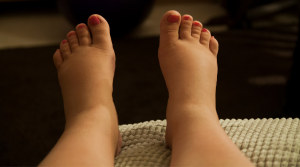 There are many causes of swollen legs. Sometimes an underlying medical condition is responsible such as heart failure, kidney impairment or hormone imbalance. Swollen ankles 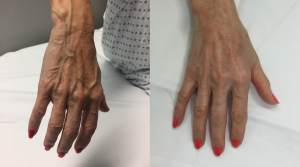 Prominent hand veins are seldom a cause for medical concern, but they tend to become much more prominent with age. There are several techniques to 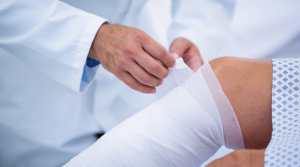 Leg ulcers can be very painful and unpleasant. Obtaining a cure depends on diagnosing the underlying cause. What are Leg Ulcers? Leg ulcers are wounds

Send Us A Message